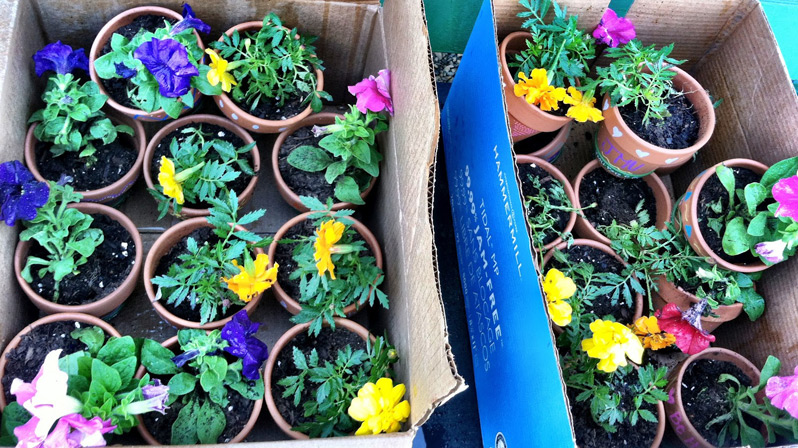 About Our Community Place

Our Community Place (OCP) is the story of a community-centered grass roots project that began in 1992 and finally became a reality in August of 2008. OCP tells the story of its struggles and how they were overcome. The audience of supporters and donors have become a part of the solution through hearing the details of human trials and became emotionally connected. The aspect of nonprofit storytelling has been key to their ability to move forward and be of service to their community.

Ron Copeland bought a small restaurant and began closing it on Mondays to offer free lunch to “anyone in the world.”  Ron’s nonprofit storytelling and vision began with creating a family style meal with all of the workers and food being donated, and shared as a cooperative community rather than a charitable meal. Ron placed a container on the front counter of the restaurant marked “Soup Kitchen” and his loyal customers contributed generously. Fundraising and stories are kin and inspire donors in giving their resources. 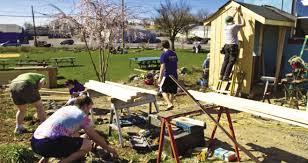 Only in the beginning was one day per week enough for Our Community Place to serve their community. In the background they were busy with their expansion plan. Individuals of the community, church groups and contractors donated time and materials to renovate an old Salvation Army building which took 7 years. The building had asbestos flooring, windows that needed replacing, and the ceiling had fallen in. The roof needed replacing and there was no kitchen. There was no plumbing, heating or electricity.

The volunteers had full time jobs. At the beginning, donors were few, thus the nonprofit workers were unpaid. Their fundraising efforts had only begun, and they needed to build their nest.

On the very day they received their official city certificate of occupancy their first Free Food For All Soup Kitchen was opened.

“In the context of our society of instant gratification, the OCP project may have seemed to take a long time, but from our perspective, it has been an amazing process which has grounded itself deeper and deeper into the community.”

Since their beginning in 2002, Our Community Place has added a catering business to provide job skills training and employment for those who need it. Their menus include box lunch catering and light meals catering, yet the emphasis of this aspect of nonprofit storytelling is on the supportive environment it happens within. Their jobs candidates find meaningful employment and are nurtured, and provide quality service to their community as a result.

“Our Community Place seeks to build an atmosphere of love, safety, education, spiritual awareness, healing and fun in which anyone in the world is welcome to help and/or participate. OCP is dedicated to breaking down barriers that tend to separate humans from the joys to be experienced in loving communities and particularly dedicated to including in its activities those struggling with poverty and difficult life circumstances.”

Our Community Place has found success by utilizing storytelling as a fundraising strategy for their non-profit.

As you read how Our Community Place developed, you’re placed in their shoes. Nonprofit storytelling includes the difficulties as well as the successes of an organization. Sharing their challenges has grown their list of donors as opposed to donors walking away because they didn’t have everything all together at the beginning.

Each milestone has importance in the art of telling nonprofit stories to give donors a clear picture of the creativity and tenacity of the organization. As the story unfolded with Our Community Place their audience wanted to know what would come next. They were intrigued and giving was in their thoughts. Donors were motivated by what they read and heard from the volunteers of the community. They wanted to be a part of the change. Giving was their only option as they saw it. And feeling the rewards of watching this small nonprofit grow and make an impact has been tremendous.

The annual Cold Weather Drive fundraiser involves sharing the stories of their residents who sleep outside. With temperatures having dropped, sleeping out of doors makes for cold and long nights. Everyone can relate to that, just by seeing a picture or reading a personal story. Our Community Place fundraises for community members in need of tents, sleeping bags, thermal underwear and warm socks.

When it comes to nonprofit storytelling and fundraising, let donors know of your progress regularly. Afterwards, thank them for their contribution, and educate them as to how their funds were used, and the changes that were made as a result. Share hardships and joy equally, for how you overcome obstacles is what makes you stronger.

Facebook, Twitter and Instagram keep a visual feast of intrigue in nonprofit storytelling, as pictures convey the emotions and stories of the homeless. OCP shares the many specific steps they are taking with social media as their vehicle for nonprofit stories. 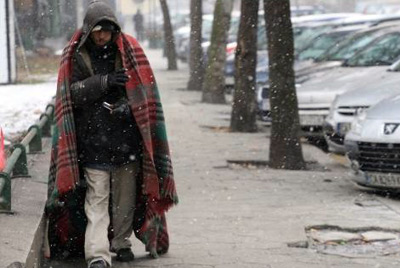 Community Place’s signature peer-to-peer crowdfunding campaign begins with creating teams for the October 22, 2016 event. Advocates play a pivotal role in helping OCP reach their fundraising goal. An advocate is a leader who guides a team of ten individuals. Advocates stay in constant contact with OCP’s media and events coordinator, and are provided with all the necessary materials and packets. The advocate encourages, supports, and assists team members with raising $100 each in order to reach the team goal of $1,000. All pf this is accomplished on their DoJiggy fundraising website.

Registrations on the morning of the non-profit crowdfunding event coincide with a delicious, hot breakfast. After the walk-a-thon will be a lunch to warm and celebrate their success, yet the fun doesn’t end there. Pumpkin carving and music will dance atop the fall leaves on a crisp and hopefully sunny day in October.

Maureen has been writing and marketing for DoJiggy for over 7 years, and has a strong background in nonprofit fundraising. While with The Nature Conservancy for 7 years prior to DoJiggy, she learned the inner workings of marketing to the State of California within the external affairs department. Her heart is in her writing as she believes in the power of change through nonprofit organizations.
View all posts by Maureen Peine →